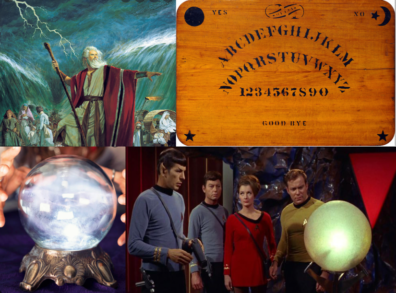 Figure 1. We have always longed to see the future, whether via prophets,
crystal balls, science fiction, or even through the use of Ouija boards.

“It’s tough to make predictions, especially about the future.” So said Yogi Berra, repeating a version of the apparently Danish proverb whose origins have been lost. Nevertheless, as difficult and logically impossible as it might be, humanity has an innate longing to see the future (Figure 1). Ancient kings kept prophets among their advisors. Fortune tellers make a living by gazing into crystal balls. Hasbro sells Ouija boards for $20.99. And among the most popular of today’s entertainment genres is science fiction.

In our modern era, world leaders have created the Intergovernmental Panel on Climate Change, which has institutionalized efforts to see into the future through a complicated synthesis of scenario-based forecasts from an array of dozens of computer models. These models are developed to quantify our best understanding of how the climate works, tested to see if what they’d predict under past conditions is similar to what was actually observed, and used to simulate the impact of still-accelerating greenhouse gas concentrations on our climate. These forecasts are normally presented in the form of complicated graphics with lines that curve upwards through a statistical cloud toward an uncertain future (Figure 2). Such approaches have been demonstrably insufficient and ineffective when attempting to communicate with growers on how climate change will impact their farming operations.

But what if growers could actually speak with someone—another grower, for example—who is currently farming amid conditions that they themselves are likely to encounter in the future? Such conversations could form the basis for the most effective transfer of actionable technical information to inform climate adaptation in agriculture (what the U.S. Department of Agriculture calls extension).

‘Climate Analogs’ make it possible for such conversations to take place. The premise is fairly simple: Is there a U.S. county whose current climate has key characteristics that resemble the climate that my county will likely experience 10, 20, 50 years in the future? The forecasts of multiple climate models are used to pick counties that have the best statistical match, based on climatic characteristics that we know are important for agricultural production. This results in the formation of an ‘analog pair’—counties in which the current climate of one is similar to the  future climate of the other. 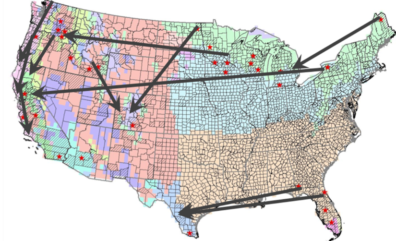 Once an analog pair is identified, growers who are concerned about future conditions can speak with farmers in the paired county, who are farming under those conditions right now. They can learn about which crops do best, what pests and diseases to expect, what are the biggest weather-related challenges for each crop, and how these things are managed. The information obviously won’t be completely perfect, but that’s not the most important point. The goal is to spark creative thinking to help more effectively plan for the future. That’s adaptation.

The concept can be applied anywhere in the world. For instance, the CBS news show “60 Minutes” recently featured a two-segment special that looked at wine grapes, focusing primarily on regions of England, which are now beginning to resemble past growing conditions in France. This ongoing trend has massive financial implications for this tremendously important industry.

The example of wine grapes highlights a unique aspect of climate adaptation for fruits, vegetables, and other specialty crops. They typically require considerable built infrastructure rather close to where the crops are produced. In the case of wine grapes, this is a winery, often immediately surrounded by the grapes that are locally fermented and bottled into wine. Many other specialty crops also require processing facilities to be nearby, and this often represents a major financial investment, meaning that movement of specialty crop production to a new region requires long-term planning, as well as access to capital and unique expertise.

Our team is helping test this approach to climate adaptation extension. Two members of our multi-disciplinary, multi-institutional research team, Washington State University researchers Sid Chaudhary and Kirti Rajagopalan, have identified analogs for specialty-crop producing counties in the United States (Figure 3). They discussed these analog pairs in a series of free webinars in January 2022. We are now organizing a follow-up workshop (to be held virtually in March 2022) where Extension professionals with knowledge about specialty crop production practices in these identified target and analog counties are paired to discuss the climate change implications for these important food crops and the management practices and technologies that could be considered under future conditions in the target county. The workshop is also an opportunity for initiating partnerships for a nationwide Specialty Crop Extension Network for climate adaptation.

Nothing is certain in life. Especially not the distant future. However, climate analogs have tremendous potential to help growers of fruits, vegetables, and other specialty crops better prepare for that future by, in a way, seeing it now through the eyes of growers who are already experiencing it. If you are an Extension professional or advise specialty crop growers and you are interested in the March workshop, please contact us via the “Leave a Reply” box below.