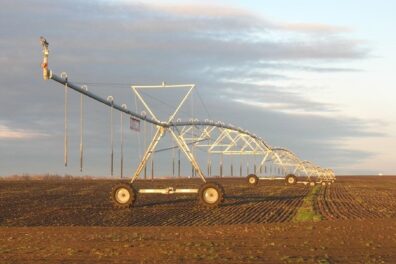 Climate change is expected to alter both the availability and demand for water. In the western United States, roughly 80% of surface water is allocated to agricultural uses, and the pressure to find more efficient ways to manage water is on, especially in drought years. Eastern Washington is no exception: the mountains in this region are relatively low in elevation, meaning that as the region warms, temperatures will cross that 32°F threshold more frequently, more precipitation will fall as rain rather than as snow, and snowmelt will occur earlier. Because the Pacific Northwest relies on snowpack for much of its summer water supply, this could create challenges for managing water. While previous articles have focused on the likely timing and availability of water in the Columbia River Basin, in this article I focus on water markets, or the transfer or leasing of water and water rights from one user to another. These markets provide a tool that could potentially help reallocate water to where it is critically needed during times of shortage.

A study some years ago by Drs. Joseph Cook and Sergey Rabotyagov delved into Yakima River Basin irrigators’ perceptions on water markets, giving us insights into their decisions, and into whether farmers may lease their water or not, and to whom. Cook and Rabotyagov used in-person experiments with 49 senior water rights holders in the upper part of the Yakima River Basin. In these experiments, they asked each respondent to imagine that they were running a hypothetical timothy hay farm and then asked what they would do if particular users or agencies were requesting to lease their water rights in full or in part. They complemented the experiments with a mail survey of an additional 167 senior water rights holders.

One option farmers have is to lease their water for a full (single) growing season. Another option is a split-season lease, which allows farmers to lease their water for a portion of a single growing season. This water may be leased to an individual or an irrigation district. The leased water may be used for crops, but it also might not: municipal districts, the Department of Ecology, tribes, and environmental groups purchase water for other uses, including to leave the water instream to support streamflow for fish. The experiment explored which type of lease irrigators would most likely accept. The results from this study indicate that farmers are more likely to accept a split-season lease over a full-season lease. 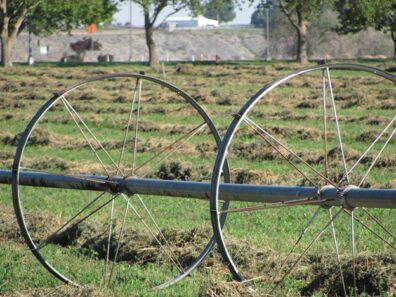 In an in-person experiment, irrigators were asked to decide how they would respond to requests to lease their water rights from their hay production operation. Photo: Pacific Northwest National Laboratory (PNNL) under CC BY-NC-SA 2.0.

As we know, not all crops need equal amounts of water, and the value of water can change for a given crop over a season or growing cycle. For example, in a timothy hay stand, water is most important during the first two years of its perennial life when the plant produces the most valuable hay, and less important in the final two years. The study found that farmers were much more likely to lease their water rights to someone else in the final two years. Cook and Rabotyagov also explored whether irrigators willingness to lease their water was influenced by who was asking to lease it. They used the experiment’s results to simulate what would happen if three different types of leasees approached the water rights holder and offered 150% of their normal farm profits for a split-season lease. The researchers found that 83% of farmers would accept this type of lease (64% would lease to an irrigation district, 13% to the State or an environmental group, and 6% to a developer). Using results from the mail survey, they estimated that offering $50 per acre foot of water for a split-season lease could attract sellers offering approximately 86,000 acre feet of consumptive use water.

These conclusions indicate that split-season leases could be an attractive way to reallocate a portion of water during the later part of the growing season without jeopardizing economies in parts of the Basin that predominantly grow hay. Study results indicate that split-season leases may be attractive for reasons that go beyond profits, including a reluctance by growers to give up farming for an entire season. As one farmer commented in a debrief: “What am I supposed to do, take the whole year off?” Likewise, the study authors indicate that split-season leases may alleviate concerns with water markets “drying up” agricultural communities and impacting the broader farm-based economy. While some farmers may choose to lease their water for a single season, a portion of the season, or not at all, water markets across eastern Washington are likely to further develop over time as the climate changes and we see increasing challenges managing the timing and amount of water supply.

The work that resulted in this article was supported by the USDA National Institute of Food and Agriculture, project #1016467.