By Sonia A. Hall and Chad Kruger 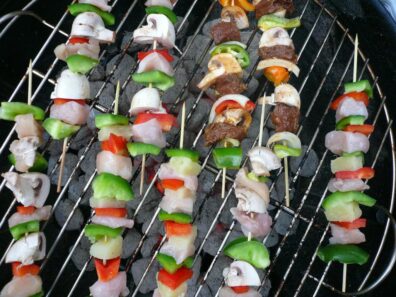 Since the 1970s, beef consumption in the U.S. has decreased, while chicken consumption has increased. Photo: Flickr user purdman1 under CC BY 2.0.

There is much about economics, especially macro-economics, that I (Sonia) have a hard time understanding. Yet it’s a field that is so important, because there are so many economic factors that affect agricultural production. And though many of his articles are more about the here and now than the future and how climate change may interact with economic factors, I find many of Jayson Lusk’s blog articles interesting and understandable. Dr. Lusk is the Distinguished Professor and Head of the Agricultural Economics Department at Purdue University, and his most recent article directly tackles climate change by integrating information on greenhouse gas emissions from the beef and chicken we consume in the U.S., and provides some rough estimates of how those have changed since the 1970s, as our meat consumption patterns have changed.

It is important to highlight Dr. Lusk’s focus on consumption, because demand for meats is as important to understand as meat production (that is, supply), when exploring greenhouse gas emissions from the industry. Dr. Lusk reached an interesting conclusion (and I quote): “All in all, it seems meat consumption patterns have become much more carbon friendly since the 1970s.” As Dr. Lusk states, that’s not a headline one often sees. So check out Dr. Lusk’s latest blog to read on how he arrived at this conclusion, using existing data and research studies. Because even though there is uncertainty in his estimates, and he didn’t consider all the factors that could lead to variation in these emission numbers, he still found that collectively we’ve made great improvements.