Ranchers already manage multiple risks—including those related to economics, production, the environment, and weather. Climate change represents an added risk, but one that is challenging to manage because impacts are uncertain, variable over space and time, and often perceived as being only of concern in the distant future (Leiserowitz et al. 2011). 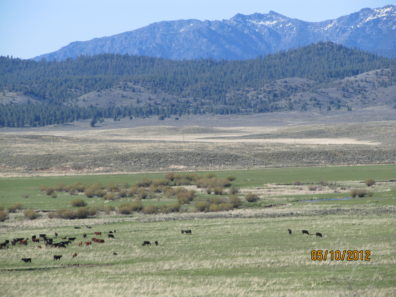 Cattle grazing is the main productive activity in the high desert and dry forest landscape of the Bear Valley, near Seneca, Oregon, where our most recent resilience case study is focused. Photo: Jack and Teresa Southworth.

However, despite this challenge, there is a growing recognition that the same strategies that make ranches and rangelands more resilient to climate change will also provide other important co-benefits. These include enhanced resilience to current weather-related variability, enhanced ecological functioning, and in at least some cases, enhanced or more sustainable economic performance.

Implementing these “no-regrets” strategies is thus important for enhancing the resilience of rangelands to a wide variety of shocks including, but not limited to, climate change. Specific strategies include:

The Adaptation Library, created through four years of workshops with rangeland managers and public lands stakeholders around the western U.S., is one resource with a variety of additional ideas for building resilience to climate change for specific regions and vegetation types. 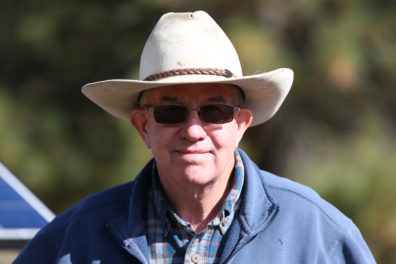 We have recently published another resource, our second case study in the Rancher-to-Rancher case study series, which showcases approaches ranchers are already using that increase their resilience to a changing climate. This most recent publication describes an operation near Seneca, Oregon, where Jack Southworth runs a cow-calf-yearling operation, grazing high-desert rangelands and dry forest systems using holistic management, with a strong focus on managing for rangeland and soil health. He has implemented a variety of strategies, including some of those described above. These practices, in combination with the ability and willingness to be flexible, have given Southworth’s ranch both ecological and operational resilience. Fundamentally, this allows him to remain profitable now while helping him manage the risks posed by changing climatic conditions.

This article is adapted from a sidebar in the Southworth case study by the same title. The full publication is referenced below, and is available online, with its accompanying video, at http://csanr.wsu.edu/case-studies/.