Natural climate variability, including variability driven by El Niño (ENSO) and Pacific Decadal Oscillation (PDO) cycles, dominates the Pacific Northwest’s climate and will remain very important into the future. At the same time, long-term climatic changes are already being felt, and are expected to continue. Average temperatures are increasing, with the largest increases expected in the summer. Precipitation projections are less certain, may not be large compared to the natural variability we already experience from year to year, but modeling points to a decline in summer precipitation. Snowpack is projected to decline, with earlier snowmelt and runoff as the climate warms. Soils are expected to be drier, though plants may be able to use the available moisture more efficiently because of the “carbon fertilization effect.” Yet increasing temperatures and drier fuels are expected to lead to higher fire risk, which can impact large swaths of rangelands any particular year. 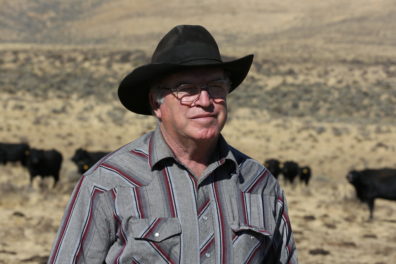 Figure 1. Russ Stingley, a rancher in Kittitas, Washington recently profiled in a case study on increasing resilience among ranchers in the Pacific Northwest. Photo: Darrell Kilgore.

These changes and the variability of the weather from year to year affect the availability of forage for livestock grazing inland Pacific Northwest rangelands, as we discussed in an earlier AgClimate article. What, if anything, can ranchers do to prepare? We delve into what one rancher is already doing in a recently published case study in our Rancher-to-Rancher Series: Increasing Resilience Among Ranchers in the Pacific Northwest. This case study describes Russ Stingley’s cow-calf operation in Kittitas, Washington (Figure 1). And as “resilience” is a sometimes overused term, here is the context we provide in the case study on what it means for rangeland management under a changing climate.

One common definition of resilience, suitable for rangelands and other ecological systems, is “the capacity of a system to absorb disturbance and reorganize while undergoing change so as to retain the same function, structure, identity, and feedbacks” (Walker et al. 2004). In rangeland management we seek to build social-ecological systems that have high resistance to permanent change; one in which human actors are able and willing to respond in real time to biological feedback and to adjust management, and in which humans are prepared to make transformative changes in management to adapt when conditions change enough that continuing “business-as-usual” is not possible.

Current ecosystem models for rangelands identify relatively stable “states” inside of which predictable assemblages of plant species dominate. In response to excessive or compounded disturbances, the plant community can transition across a threshold into a new, different stable state characterized by different species. These thresholds can be thought of like wind moving soil. At 3 mph, 5 mph, 10 mph, 15 mph nothing happens, the system remains stable. But at 20 mph there is sufficient energy to lift soil particles and move them, and the system shifts into a new, different (eroded) stable state. Managing for resilience means managing landscapes such that the current plant community stays well away from these ecological thresholds, so that disturbances are less likely to drive the system beyond that threshold. The Stingleys exemplify this approach in their grazing management. They use multiple practices which are known to promote good rangeland condition (Figure 2): 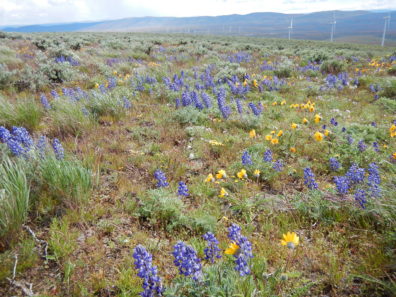 High ecological resilience is especially important in cases when operational flexibility is low. For example, if a rancher is unable to make rapid changes in herd size to accommodate reduced forage available in a given year, due to drought for example, stocking conservatively at all times is a sound practice.

Nathan Sayre, a geographer with longtime interests in arid and semi-arid rangeland systems, says that rangelands are more akin to oceans than cropland or forests: they are vast and variable and resist micromanagement (Sayre, 2017). Meanwhile, human understanding of the complexity of these landscape-scale systems is low. From this perspective, resilience is achieved by harvesting only a part of the available forage. This is not leaving money on the table, it is keeping money in the bank.

This article is adapted from two sidebars in the Stingley case study, titled Ongoing and Expected Climate Change Impacts in the Pacific Northwest (by Georgine Yorgey) and Rangeland Resilience (by Tipton D. Hudson). The full publication is referenced below, and is available online, with its accompanying video, at http://csanr.wsu.edu/case-studies/.

Sayre, N.F. 2017. The Politics of Scale: A History of Rangeland Science. University of Chicago Press.