During the 3.5 years that I have worked with growers in my role as a Field Representative with McCain Foods, I have met numerous growers who are playing an active role in exploring the biological component of soil health. (Growers generally have a good understanding of the chemical and physical characteristics of our soils.) One of my graduate projects was focused on soil health in the Columbia Basin, which allowed me to gain knowledge on this topic and have these discussions with growers. Farmers essentially are among the most committed environmentalists. The last thing they want to do is ruin the soil they depend on for their livelihood. If you ask around the Basin, you will find that land has been passed on through generations. This is a big motivation for growers to improve soil health; soil is a bank account for future generations.

Reduced tillage: At planting, a planter passes through the field. A dammer-diker (Figure 1) is then used to create a depression between rows to prevent runoff and promote uniform water infiltration, prior to the canopy growing enough to obscure rows (“row closure”). A couple of equipment companies have come out with models of planters with a dammer-diker attached to the back, which will result in only one pass through the soil to achieve two operations, thus reducing compaction, and reducing labor and fuel costs. 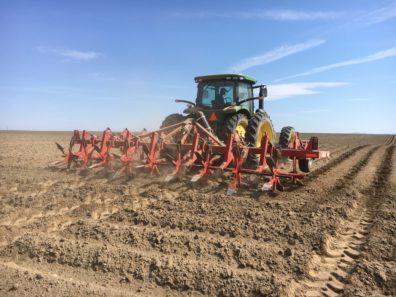 Figure 1. Use of a dammer-diker promotes water infiltration and usually involves a separate pass through the field before potato row closure. In some cases, this tillage step is being combined with planting, allowing for one pass instead of two. Photo: Athena Loos.

Cover crops: Wheat, mustard, triticale, sudan grass, and corn can be utilized as cover crops or green manures grown in rotation with potatoes, allowing for crop diversity and playing an important role in soil health. 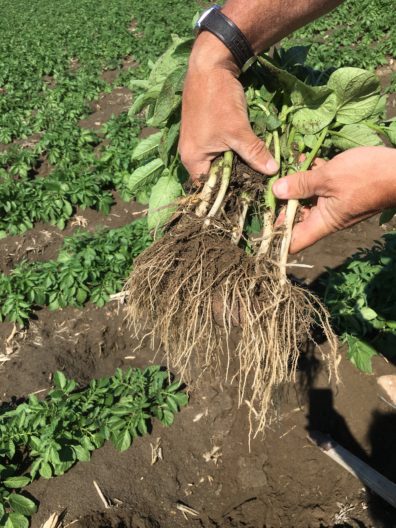 The growers that control the rotation prior to planting potatoes, which generally happens every three to four years, can ensure the presence of organic matter and soils high in nutrients. Some growers are also using screened manure and compost prior to planting. I know of a number of growers trialing new, unconventional products, such as biological agents (Figure 2) or humic acid, meant to increase the biological activity in the soil, and, in turn, improve plant health.

The main outcomes that would drive broad adoption of soil health practices are improved productivity and profitability. The costs of production, including fertilizer, labor, seed, fuel, and land rent, continue to steadily increase, causing farming to become economically unsustainable. This challenge has forced growers to adapt and explore new methods, such as soil health practices. Growers hope that by improving soil health, they can decrease their cost of production and have the potential to increase their revenue. One area that has shown promise is use of green manures as an alternative to fumigating for soilborne pathogens (Figure 3). 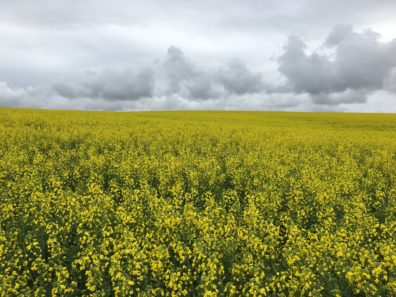 Figure 3. Mustard used as a cover crop, near Odessa, Washington. Mustard is being grown prior to potatoes in some areas as an alternative to fumigation. Photo: Athena Loos.

Despite the lack of guarantee that implementing soil health practices will decrease the cost of production, some potato growers are willing to experiment. However, many growers lack an understanding of soil biological properties. If you were to ask a room of growers “what is soil health and how do we measure it?” you will get varying answers. Since there are a lot of unknowns surrounding the microbiome of the soil, it is difficult for growers to distinguish what they should be focusing on. For example, the Haney Soil Test classifies the soils in the basin as “poor,” when this is one of the highest producing potato regions in the nation. But we have soils that are not rich in organic matter, which is known to be an important property of healthy soils.

Another challenge is that no guaranteed return on investment exists for practices that improve soil health. The practice needs to pay for itself, and offer economic benefits, for adoption to be widespread and growers need time to learn, understand, and trial the practices prior to fully implementing.

Finally, in my experience, one of the largest barriers to adopting a soil health program faced is growers’ lack of control over crop rotation. The majority of growers in the Basin are renting ground, which means they have no control over what crops are planted the two to three years prior to them renting the circle for potatoes. If the landowner has interest in soil health, they can adopt a soil health program, which will benefit the renter. Improving soil health is not something that can realistically happen in the one year that the grower rents that ground.

Potato growers in the Columbia Basin know that soil health is and will continue to be an important factor in their livelihood. Technology is constantly advancing in agriculture, and will hopefully lead to more accessible and less expensive biological soil testing procedures. In 2017, major potato buyers began requiring randomly selected growers to complete the potato sustainability initiative survey and audit, which includes questions about practices impacting soil health. Though it will likely take years to determine the result on soil health, at the very least this survey requires growers to be aware of their soil practices.

I believe that with further efforts and collaboration between innovative growers, industry, and researchers, one day we will have widely used practices that offer more certainty for growers and a greater return on investment (Figure 4). 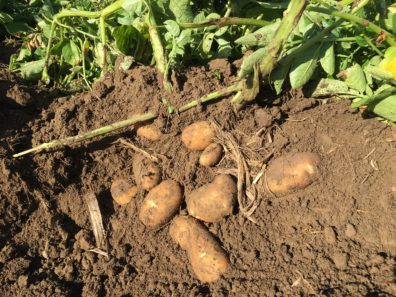