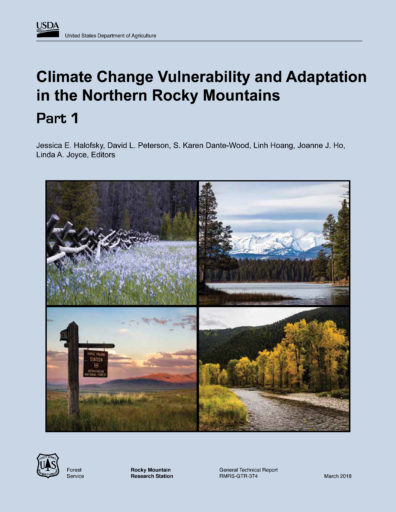 Foresters were among the first to start thinking about the possible effects of climate change, in part because of the long-term nature of forests—foresters commonly reflect on management issues on 50 or even 150-year time scales. Because forests are also highly valued for other benefits in addition to commodity production (i.e., wood), those managing forests are also particularly aware of the long-term effects of their management on water, wildlife, soil, and other ecosystem benefits.

One of the best examples of that broad, long, view is a recent new publication titled “Climate Change Vulnerability and Adaptation in the Northern Rocky Mountains,” a two-part, 495-page document produced by the USDA Forest Service). The publication is the result of a process that had extensive involvement from Forest Service personnel, non-governmental partners, and universities in a series of 2- and 3-day workshops throughout the Northern Region of the Forest Service (including one in Coeur d’Alene, Idaho).

This is a very meaty document, presented with ample maps and model outputs about climate change and its anticipated effects on northern region forests and associated landscapes. In addition to background material on the biogeographic, cultural, climatic, and natural history of the region, this publication documents expected climate changes and its effects, and a variety of strategies to adapt to changing climate’s effects on forests and rangelands, including: 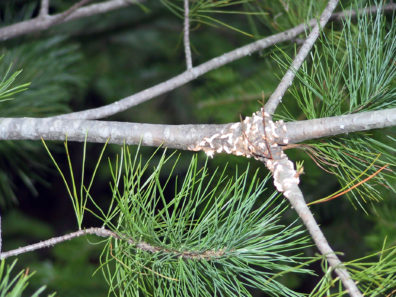 This is a large tome. But if you are interested in thinking about the broad scope of climate change impacts across a whole variety of forest values, it is well worth digging into. Each section includes extensive citations, which are helpful if you want to bore down a little deeper into some of the research underlying the writing.  Much of the focus is on National Forest and National Park lands in northern Idaho and Montana. But to the extent family forest owners and rangeland owners are interested in a whole host of values for their property, the document can be very informative.