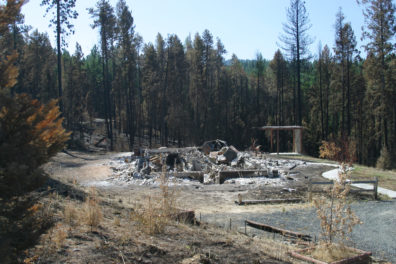 Different factors can contribute to homes burning in catastrophic fires, including climate change and where people choose to build. Photo: C. Schnepf.

It was impossible to watch all the media coverage of the California fires last year, with many homes and forests burning, and not be moved. When large destructive fires like this hit, people have a natural desire to put some meaning to it. A variety of voices spoke of the changes in climate as being the culprit. Some pointed to fuel build-ups that were heavier than those forests had historically. Others pointed to people moving into parts of the landscape that were very fire prone, and suggested it was only a matter time before homes burned in forest fires. As with so many things, all these explanations for the impact of the fires contain some truth.

In addition to sympathy for Californians, many Northwest residents couldn’t help but ask: “could it happen here?”  The short answer to that question is those kinds of fires can and most likely will happen here, in some degree. Fire has always been a big part of most Inland Northwest forests (and to a lesser degree coastal forests). 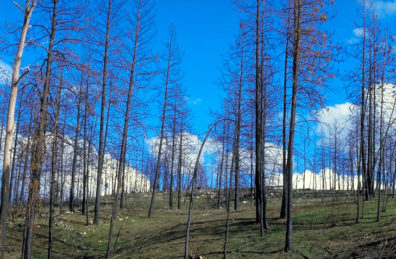 Different types of Northwest forests had different types of fire regimes. On the driest, lowest elevation forests, regular surface fires (every 5-10 years) maintained open stands of ponderosa pine with some Douglas-fir. Moving to more moist forest types, fire regimes were more complicated. Many fires were mixed severity fires where fire would burn along through the surface fuels in some areas, but climb up into tree crowns in other areas and kill whole stands of trees.

Most of our forests have more stems per acre than they had historically and more understory fuels. Our forests also often have more shade tolerant species than they did historically (more Douglas-fir on drier sites, and more grand fir, cedar, and hemlock on more moist forest types). Shade tolerant trees tend to keep more branches lower in the forest canopy, so it is easier for fires to rise into canopies and become stand replacing fires.

We have become progressively better at putting out forest fires since 1910, but in recent decades western forest fires have begun outstripping our ability to put them out promptly. Add in warmer, longer fire seasons, and the situation only gets worse. Some of the climate models have us getting wetter as well as drier, but if that precipitation still comes in the winter and since we have longer growing seasons, that adds up to moisture stress and higher fire danger in the late summer and fall. For a meaty analysis of climate effects on forests in Idaho and the Northern Rockies, see a new USFS publication titled Climate Change Vulnerability and Adaptation in the Northern Rocky Mountains.

The good news is that there are things we can do to reduce risk associated with these fires. Risks to individual homes can be decreased by removing fuel ladders in home landscapes, and by modifying homes so that embers flying in from wildfires are less likely to find a place to ignite the home. The University of Idaho has an excellent extension publication on this titled Protecting and Landscaping Homes in the Wildland/Urban Interface which provides practical steps to reduce the fire-associated risks to homes in rural forested areas. 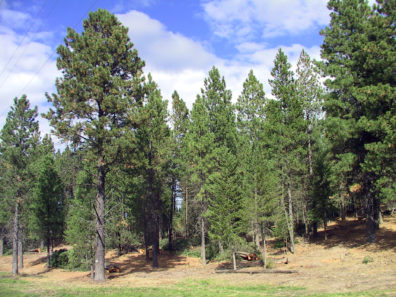 Reducing fuels and stand density in the immediate vicinity of a home and thinning the surrounding forest help reduce the risk from wildfire. Photo: C. Schnepf.

Reducing fuels and stand density outside the immediate vicinity of the home is also important, and thinning the surrounding forest can also reduce insect and disease issues. To that end, two Pacific Northwest Extension publications can be helpful. Reducing Fire Risk on Your Property is a workbook that helps forest owners reduce wildfire damage potential while improving forest health and wildlife habitat. To look at a larger landscape scale, you may be interested in Planning and Implementing Cross-boundary, Landscape-scale Restoration and Wildfire Risk Reduction Projects, a profile of the process the Klamath-Lake Forest Partnership used to plan and implement cross-boundary restoration projects to improve forest health and reduce fire risk on a landscape scale.

Forest fires are a fact of life in western forests, and with current fuel accumulations and changing climates, we are likely to see fire in the news more rather than less. Thankfully, we have knowledge and resources to help us modify homes and forests to reduce the risk and the impacts of many of those fires.