Let’s address the title’s second question. Wheat makes up 18% of calories consumed by humans on this earth. Historically, changes to the supply and distribution of wheat due to environmental or political factors creates economic ripple effects felt globally. A crop failure, embargo, or tariff spat in the far corners of the earth affects cash bids for wheat at Portland or Chicago. Such is the fate of internationally traded commodities and the fate of the single largest cash crop for dryland farmers in the Pacific Northwest. Wheat is integral to our local agricultural economy, is in increasing demand globally and major wheat production areas around the world could become more or less suitable for growing wheat as the climate changes. 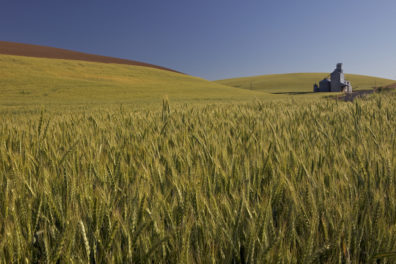 In the Pacific Northwest and the Northern Great Plains, the projections for climate changes effects on wheat production are neutral to positive but offset by the projected loss of productivity in most US regions to the south and east. Rajagopalan1 explained the expected gains in Pacific Northwest wheat yields as a mix of more timely precipitation (in most areas), a milder winter, and a benefit from increased atmospheric CO2 concentrations. But what about other major global wheat production regions? Recently published research gives us insights into what effects we should expect in Australia, China, and Russia. 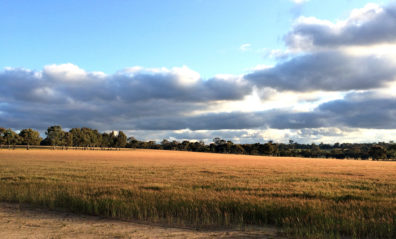 Australia’s wheat producing regions have been experiencing a general warming and drying trend for 75 years. A recent Commonwealth Scientific and Industrial Research Organization (CSIRO) study2 found climate change has already impacted Australian wheat production, which has effectively stalled yields despite improvements in farming techniques and plant breeding. Western Australia, the largest of Australia’s three principal wheat regions, expects to see increased warming and little change in overall precipitation, although reduced precipitation is expected in the north and east of the region and increased precipitation in the south and west. Yields are expected to follow that pattern: where precipitation increases, yields are expected to increase, and yields should decrease where precipitation falls. Increased atmospheric CO2 is expected to mitigate only a portion of the expected yield losses. An increase in early season growing degree days is projected to speed up plant development and reduce the period of flowering, and breeding efforts are underway to select for shorter season, drought tolerant varieties.

China is among the top wheat producing countries in the world. According to a study that used four established modeling methods to relate climate to impacts on crop yields3 China’s wheat production is likely to be negatively affected by increasing global temperatures. China is a net importer of wheat in the global market and such tightening production in China could have positive implications for wheat exporting regions such as ours. However, other researchers used data from eight research stations across the main wheat production belt of northern China to produce more refined yield projections using the Agricultural Production Systems sIMulator (APSIM)4. Using expected increases in temperatures, they also projected yield declines in wheat (both spring and winter types). However, temperature is only one, albeit critical, variable that affects wheat production. When Xiao and colleagues accounted for precipitation changes and increased CO2, they found that both near (2013-2016) and long term (2071-2100) projections showed net yield increases over the baseline. As in the Pacific Northwest, this yield increase despite rising temperatures was partially due to wheat plants being able to produce more biomass and yield with the water available, thanks to the higher concentration of CO2 in the atmosphere.

The most recent study I could find regarding climate change effects on the world’s #1 wheat exporting nation’s wheat production does not include CO2 fertilization or water use efficiency effects, and paints a bleak picture5. Under the most optimistic emissions scenario (called representative concentration pathway, or RCP, 2.6), Russian wheat will decrease in productivity in the short term and increase at the end of the century. Under the more likely RCP 8.5, Russian wheat yield declines are expected to be severe. Although northern Russian production regions are forecast to benefit from climate change, challenges in the more productive regions of southern Russia more than offset those gains.

What have we learned from these three “case studies”? Wheat production is already being affected by the changing climate and will likely continue being affected. Wheat is better able to take advantage of rising atmospheric CO2 concentrations than warm-season crops such as corn, and temperature-driven yield declines are somewhat offset by this fact, especially with beneficial rainfall changes. As the various models become more refined (incorporate more variables more accurately) the picture of how the changing climate will impact global wheat production will become clearer. In the meantime, though, it is clear that how a changing climate impacts wheat production in other places around the world is an important question for Pacific Northwest wheat producers.