Diversity is a good thing, right?

Diversity is incredibly important for a productive and resilient agrifood system. Diversity in the form of extended crop rotations can lead to greater “productivity, profitability and environmental health,” and can reduce weed, insect, and disease pressure, helping farmers cut the costs of their inputs. Diversifying the crop rotation provides financial as well as broader environmental benefits that can be experienced at the field (e.g., reduced erosion) and landscape scale (e.g., reduced water quality impairment). Greater crop diversity will also help mitigate risks associated with the impacts of global climate change, including more extreme and variable weather events, and sustained temperature and precipitation changes that will impact agricultural production. Sadly, much of the agricultural production in the U.S, even parts of the Northwest, is lacking in diversity.

Diversity is a key ingredient in building a more resilient agroecosystem, so why are so few farmers implementing diverse crop rotations? 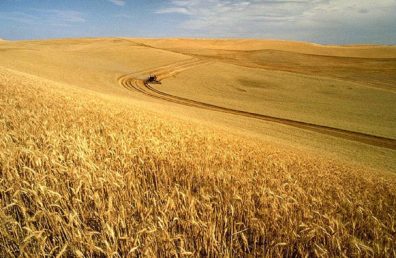 In the Midwest, Corn is King

In collaboration with colleagues at Iowa State University, where I was before moving back to the Northwest, I attempted to answer this question in a recent paper published with Global Environmental Change. Using information from Midwest Corn Belt farmers via surveys and in-depth interviews, we examined the facilitators and barriers of more diversified crop rotations. We found that many farmers are interested in more diverse crop rotations, however many feel constrained by the ubiquitous Midwest corn-corn and corn-soybean rotations. As a Wisconsin farmer said in our study, “now, you live or die by two crops,” illustrating that many Midwest farmers feel trapped by the current cropping system.

Though many farmers acknowledged the benefits of diversifying their crop rotation, and some saw diverse rotations as a way to take advantage of climate related changes, they could not figure out what crops would be financially viable in their operation. We found that greater diversity across a watershed facilitated farmers’ use of diverse crop rotations, likely due to the presence of alternative markets (e.g., small grains or feed) and associated technological and market infrastructure. Proximity to other farmers who have diverse rotations may also provide greater support to farmers considering adopting extended rotations.

But what about here in the Northwest?

Generally speaking, farmers in the Northwest are currently doing okay financially, even given the national downturn in the farm economy because of regional cropping system diversity. Yet in some areas, especially in dryland cereal production in the inland Northwest, diversity is still hard to come by. While our study was conducted in the Midwest, it is fairly safe to say that social and economic, as well as climatic, factors influence the diversity of our cropping systems here too. Parts of the inland Northwest, where much of the nation’s wheat is produced, tend to be water limited, which has led to winter wheat-summer fallow rotations because of concerns about soil moisture. Some farmers practice flex cropping in seasons with enough precipitation, to bring about benefits to their bottom line and to their soil resources.

An enabling environment for diversity

It may be necessary to address both production-related barriers while also identifying incentives for more economically and environmentally resilient agricultural systems. On the production side, this includes researching the production of peas as a replacement for winter wheat in one year of a grain-fallow system, which is projected to have both economic—high value food peas—and agronomic—nitrogen fixation—benefits. Adding canola (and other oilseeds), chickpea or quinoa into rotations may also be viable options. The new Landscapes in Transition project, recently discussed by Georgine Yorgey and Karen Hills, is a step in that direction. 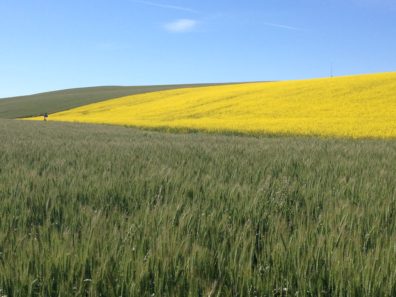 On the incentives side, our work in the Midwest suggested two strategies for facilitating greater diversity:

Diversity is a key ingredient in building a more resilient agroecosystem yet there is much work to be done to cultivate more diverse crops in much of the Northwest. In an era of global climate change, it is more important than ever to invest in agricultural production systems that reduce vulnerability by embracing the merits of diversity. I am excited to see how research and extension can help us better understand the social, political, economic, climatic and agronomic conditions that facilitate and impede a more diversified cropping system in the inland Northwest.

This blog is a revision of a previous post that was published with the Union of Concerned Scientists. https://blog.ucsusa.org/science-blogger/crop-diversity-a-nice-thing-if-you-can-get-it-and-you-can-get-it-if-you-try