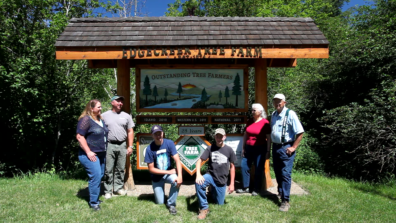 “Family forest owners own a large portion of forests in many PNW regions” (Photo – C. Schnepf)

Many westerners presume any forest they drive by is managed by the U.S. Forest Service. But nationally the largest portion of forests are owned privately. Even in the West, key regions have a very high percentage of private forests. For example, over half of the forests in the Idaho Panhandle are private.

Some people debate whether forestry should be considered part of agriculture. Like farmers, forest owners and managers are discerning how to adapt their management to a changing climate. But forestry in North America starts from a different point than most cropping systems. While farmers generally focus on single-species crops, often brought in from other parts of the world—be they annual, like cereals, or perennial, like cherries—forestry in North America has usually focused on managing diverse native species and ecosystems in ways that mimic the natural patterns of forest growth and development. This difference leads to some unique climate change adaptation implications for Pacific Northwest forestry: 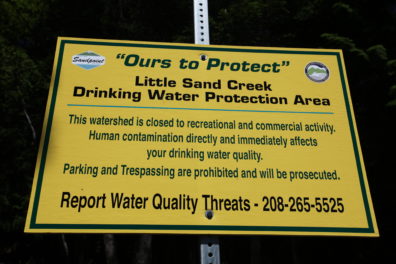 As with agriculture, a variety of groups are researching ways to adapt forestry to changing climates. If you would like to learn more, start with the Climate Forests and Woodlands Community of Practice at www.extension.org or the U.S. Forest Service Climate Change Resource Center (https://www.fs.usda.gov/ccrc/). And keep an eye on AgClimate.net: we do consider forestry within the Agriculture and Climate umbrella, so we will continue to discuss forestry-relevant topics in the future.