I must confess that sometimes I like geeking out on data—raw climate data, for example. But most of the time I don’t have enough background knowledge about the complex and detailed data I’m looking at to interpret what it shows me about the big picture. So I really appreciate it when the experts take the time to present and discuss their data in a way that helps me understand the underlying patterns. If you are like me in that way, you might enjoy a recent (January 2017) Beyond the Data blog article by NOAA climate scientist Jessica Blunden, discussing how unusual the 2014-2016 global record-temperature “three-peat” is, relative to the temperature record over the last 100+ years.

Granted, you can argue that Blunden chose this “three-peat” to make a particular point. Yes, choosing a particular way to slice the data can be arbitrary, unless you have the statistical expertise to pull out from the data themselves the most relevant slicing (which I don’t). Nonetheless, Blunden’s article provides some interesting food for thought about long-term trends, and a variety of ways to look at the data to see if we should care about a particular pattern, in this case the 2014-2016 “three-peat.”

By comparing the 2014-2016 global temperatures to the last time there was a strong El Niño, in 1998, Blunden is looking to compare “apples to apples,” since El Niño years (like most of the 2014-2016 window) tend to be warmer than average anyway. What does she find? That the 2016 global average temperature was 0.56°F higher than in 1998. So, does this difference “prove” the climate is changing? No. But it does raise a flag that should get us thinking, especially when those who analyze these data in depth are finding long-term warming trends.

Each year’s global surface temperature compared to the twentieth-century average from 1880-2016. The three hottest years on record (2014–16) are colored red. The last record-warm “three-peat” was the period from 1939–41. Due to global warming, those years don’t even rank in the top 30 warmest on record. Graph by NOAA Climate.gov, based on data from NCEI’s Climate at a Glance. Copied from NOAA’s Beyond the Data blog article titled “How unusual is 2016’s record-temperature three-peat, and will the hot streak continue in 2017?” (Jessica Blunden, January 19, 2017; https://www.climate.gov/news-features/blogs/beyond-data/how-unusual-2016s-record-temperature-three-peat-and-will-hot-streak)

But should we really care about global average 0.56°F difference? We see much bigger differences here in the Northwest, from season to season, from year to year, from east to west side of the Cascades… even from day to day! True, but perhaps we should care. Here are a couple of ways to put that global average annual warming number in context, because it is a global average temperature, which is rather abstract, and smooths out a lot of day-to-day and place-to-place differences. 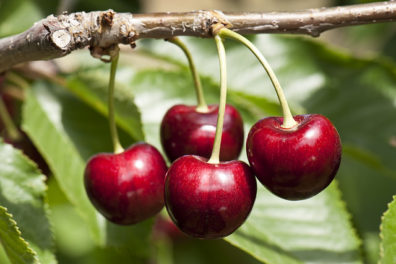 One way to place this number in context is to say: “Okay, 2016 was 0.56°F warmer than 1998. How did I feel in 2016, here in my region?” Here in the Northwest, we had an early cherry harvest, because of the warm spring accelerating flowering and fruit growth (see this Yakima, WA example). Westside areas saw triple-digit temperatures, not their usual summer fare (here’s an example from Portland, OR). These, and other similar examples, give us a sense of how different 2016 temperatures were from historic averages, and therefore what being 0.5°F warmer, globally, might mean in our region.

Okay, it would be better if I could compare this to my experience in 1998, but unfortunately I wasn’t living in this region then (and even if I had been, my memory is not as reliable as I would like to think it is). In my case, not having personal experience leads me—again—to relying on what the climatic record tells me… the other way to interpret what changes in global average temperatures mean for specific regions.

This is also what Blunden does. She looked closely at the data (which NOAA has been collecting since the 1880s) and highlighted some of the things she saw:

Sorry, I’m geeking out on the data here. But hopefully you get my point: a 0.56°F increase may not seem like much, but when it is accompanied by a lot of broken records, and records being broken more and more frequently, it suggests longer-term trends. And when it’s associated with low snowpack like in 2015, or warm early-season temperatures, leading to early blooming of cherry trees, as happened in 2016, that means it may be causing changes we should care about, however small the average number seems to be.

If you want to see more numbers, graphs and cool maps that show regional temperature trends and global average trends, take a look at Beyond the Data, and geek out yourself.