I’m a “lumper” rather than a “splitter.” Give me lots of details on different crops, yields, pests, or weeds, and I’ll try to pull out some overarching idea to remember (I’m likely to forget the details). Luckily there are people who thrive on the details, as was made clear to me in a webinar given by Dr. Sanford Eigenbrode earlier this year, discussing climate change and insects in wheat systems. 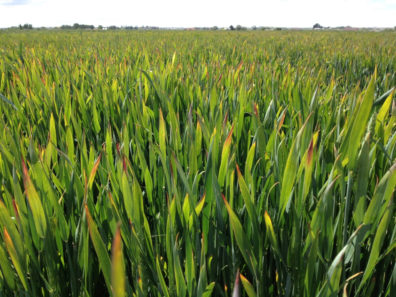 Because I am a “lumper”, I’ll start with the overarching point I took away from the webinar: we (that is, entomologists like Dr. Eigenbrode, not me personally) know enough about the insect pests affecting wheat systems in the Pacific Northwest to know that different insects, the viruses they spread, and the parasitoids and predators that control them will respond differently to a changing climate. So while crop models suggest that wheat yields in our high latitudes will fare reasonably well as carbon dioxide concentrations increase and the climate warms, there is still a huge question mark related to whether insects and other pests will allow such yields to happen. Vigilance, and knowing what insects to pay particular attention to, can therefore make a big difference to wheat growers’ collective ability to respond and adapt to changes.

I won’t go into all the details of what is known—or not—about how myriad insects are likely to respond to a changing climate. Take the time to listen to Dr. Eigenbrode himself (the recording is available here), who does it more justice than I ever could. My intention in this blog is to highlight some ideas to think about, as a first step towards adapting to different pests as it gets warmer. My thanks to Dr. Eigenbrode who not only gave the webinar, but also provided these key ideas, making my job easy:

But what about pests affecting wheat in the Pacific Northwest? Here are some of Dr. Eigenbrode’s examples: 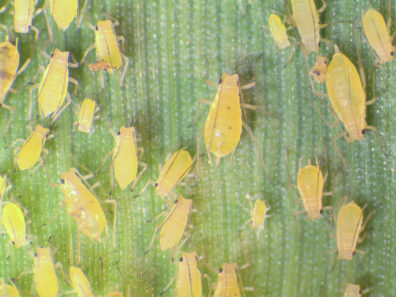 Although many details are still uncertain, there is evidence that different pests in the Pacific Northwest will respond differently to climate change. Those pests that become more severe may require more aggressive interventions. On the other hand, some pests may become less of an issue, so we can reduce inputs for their management. Since we can’t predict which will be the next heavy-weight-champion pest, there is a need for vigilance. Keeping an eye on how pests are changing is what will allow us to focus pest management efforts so they continue to effectively keep pests at bay, allowing our crops to thrive.

This article is also posted on the WSU Center for Sustaining Agriculture and Natural Resources blog.