By Amy Pendegraft and Kristy Borrelli 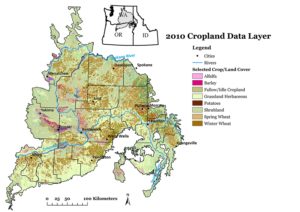 Figure 1: As a central part of the REACCH project, scientists have worked to define, monitor, and compare agroecological classes (AECs) in the cereal producing region of the inland Pacific Northwest.

Agricultural land use classification has increasingly been used as a basis for organizing and interpreting agroecological data. Land use is a dynamic property affected by a variety of factors, including management strategies, soil fertility, and weather and climate variation. Classifying geographic regions that share similar conditions allows scientists to analyze their distribution and establish baseline information in order to detect changes over time. As a central part of the REACCH project, scientists have worked to define, monitor, and compare agroecological classes (AECs) in the cereal producing region of the inland Pacific Northwest (Figure 1). Among other applications, REACCH scientists have used AECs in combination with future climate projections to model how land use dynamics may shift under changing climate scenarios. 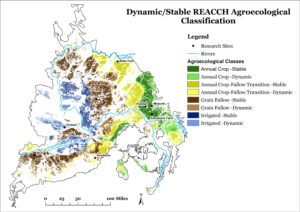 Figure 2: Classifications are predominantly based on annual average precipitation and crop yield levels, which in turn determine cropping systems and associated management practices.

The classifications are described as: 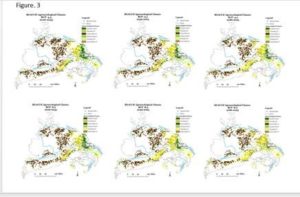 Figure 3: The simple AECs described here are further sub-classified in order to identify areas that are most likely to be affected by year-to-year variability or longer-term climatic shifts.

The simple AECs described here are further sub-classified in order to identify areas that are most likely to be affected by year-to-year variability or longer-term climatic shifts (Figure 3). Stable AECs represent areas that did not shift between classes from 2007 to 2013, while dynamic AECs represent areas that did change classes one or more times during this period. This activity suggests that stable areas are less vulnerable to future climate shifts, while the dynamic regions are at a higher risk of stress.

Given that regional climate projections forecast hotter, drier conditions during the growing season, all AECs are likely to be affected by increased water stress. Reduced summer precipitation and stored soil moisture could decrease growers’ ability to produce a crop as frequently as current climate scenarios allow. Consequently, dynamic AEC regions would likely require more frequent fallow periods. For example, management practices in the dynamic areas of the Annual Cropping AEC, where fallow periods are rare, would be more similar to the Annual Crop-Fallow Transition AEC (e.g., a fallow period every three years). Dynamic areas of the Annual Crop-Fallow Transition AEC would require management strategies used in the Grain-Fallow AEC (e.g., a fallow period every 2 years). The Grain-Fallow AEC is more stable than the other classes, indicating that it would be less affected by climate change than other AECs. Its stability however, is due to the fact that it is already in fallow the majority of time and any shift towards “more fallow” would be minor. It is still at risk of climate related stress and is also likely to get drier.

The use of AECs enables researchers, students, policymakers, and the general public to acquire a more holistic understanding of land use dynamics and how they may shift in the future. AEC land dynamics and productivity are likely to be significantly impacted under future climate scenarios and to require appreciable changes in management strategies. Establishing baseline information on AECs and modeling future scenarios can help to determine best management practices to increase agricultural sustainability under a changing climate.

This material is based upon work that is supported by the National Institute of Food and Agriculture, U.S. Department of Agriculture, under award number 2011-68002-30191.