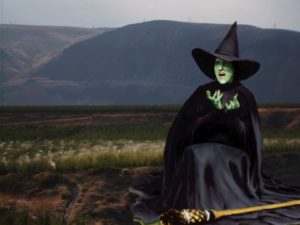 Last month I wrote about “top down” (system dynamics) and “bottom up” (process based) modeling approaches. The key take-away there was that modelers’ decisions about how to represent a system depend on: 1) the scope and framing of the issues being investigated, 2) availability of data and 3) intended audience. For example, if you want to know how much water can be pumped in a given year while maintaining aquifer levels, you need detailed information aquifer recharge rates and a “bottom-up” model that accurately describes surface water and groundwater interactions. But, if you are interested in how population growth and changing agricultural practices affect groundwater you need a “top-down” model of the system that incorporates climatic, demographic and economic factors. This top-down model, however, would provide less insight into how aquifer recharge rates vary over the study area than a model built with a bottom-up approach might. In this installment we’ll consider what models can do for us when we’re confronted with very complex resource management challenges.            As we all know, the past century has seen massive changes in how we manage food, water and energy systems. If you were an agricultural producer back when the entire Northwestern US was known as the Oregon Territory, the amount of grain that you could grow was limited by the water and land you had access to. The amount of grain you produced determined how many livestock your farm could support. If one component of your farm were not being managed sustainably, the effects would be immediately apparent. Take a look at the figure below, which was created by researchers at the Washington Water Research Center. The cluster on the far left represents pre-industrial systems in which an integrated approach was taken to food, energy and water management decisions.

In our modern context, factors including climate change, population growth, urban development and international trade agreements have lead to increasing complexity of water, food and energy management concerns. At the same time that resource use has become more intensive, food, energy and water systems have been managed separately, leading to some truly wicked problems. Here, “wicked” does not refer to cackling witches stirring a cauldron– instead it describes a problem that resists solutions because of incomplete information and ever-changing conditions. Wicked problems contain uncertainties and complex feedback loops. Solving one aspect of the problem often produces unintended consequences. The signals that might indicate unsustainable water use, for example, are easily obscured by economic factors and policies that determine how water is allocated.

Figure 1: The Food-Energy-Water Nexus over time. Image credit: Padowski, Adam and Barber (in preparation). Informed by a 2015 presentation at WSU by Paul Roberts, author of The End of Food (2009)

This figure helps us visualize the way in which some decisions lead to short-term benefits in one sector, but ultimately negatively impact other sectors. Suppose the demand for oil seed crops skyrockets to meet demand for biofuels– this “win” in the energy sector might be linked to fertilizer runoff and intensive water use that negatively impacts water quality and food crops. In order to make decisions that account for integrated systems, managers must rely on models that link processes which have traditionally been considered separate. In the Northwest, exciting model development work is underway, integrating models of crops, forests, grasslands, the water cycle and atmospheric conditions under different climate and socioeconomic scenarios. We’ll be following up with stories about the wicked problems that agricultural decision-makers are facing in our region and advances being made to link models and identify and avoid unintended consequences.