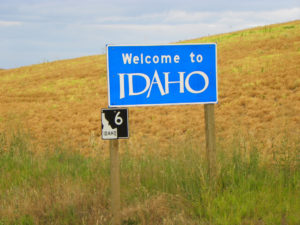 ORDINARILY, climate change adaptation tends to be a top-down process. Climate researchers identify the best climate science and data, run climate simulations, and, eventually, make that data available to end users, who put it to work in their adaptation efforts. The problem is this approach doesn’t always deliver the kind of science end users need. But that’s changing.One group leading the change comes out of the University of Idaho and includes CIRC researcher John Abatzoglou. The team—composed mostly of a cadre of students at the university—essentially worked backwards, flipping the traditional top-down approach on its head by going to the end users first.

The researchers surveyed a group of roughly 100 Idaho resource managers to assess the kinds of climate impacts data they most needed for their work. These end users were a diverse crowd, representing managers at federal, state, and municipal agencies to nongovernmental organizations and businesses. To reflect this diversity, questions in the survey followed a tiered approach, meaning answering a question one way would elicit one set of follow-up questions; answering it another way, would produce another.

Questions were asked within ranges represented by 15 datasets—vetted by researchers along a number of criteria—that provided information on biophysical indicators of climate varying from direct climate metrics (think air temperature) to indicators less directly tied to climate (think wildfires).

Although climate indicators do not always track well with impacts most relevant to resource management, the project’s researchers were able to home in on the most relevant indicators for the period from 1975 to 2010. These included instream flow timing and area burned by wildfires. These variables were then compared to available climate change data. Among their top climate change indicators water managers prioritized timing of instream base flows and annual stream volume; forest managers prioritized wildfire severity, and vegetation and wildlife distributions; and rangeland managers prioritized plant productivity, vegetation distribution, and plant phenology. Likewise, farmers prioritized precipitation patterns, drought characteristics, and growing season length, while recreationalists prioritized timing of peak visitation and recreation restrictions due to wildfire.

The results of the survey, as well as the relevant indicators, were published in Weather, Climate, and Society.