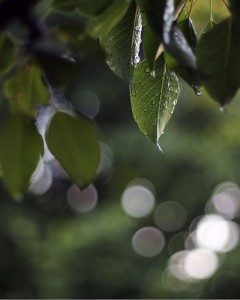 Those of us who have been watching the drought conditions in the Yakima Watershed of Eastern Washington got a welcome bit of news on Wednesday: significant precipitation. Cliff Mass, from the University of Washington, did a nice job of summarizing the latest, and explaining why it’s such a lucky break, in this blog post.

For those who don’t follow water rights issues in the state regularly, it may help to know that the Roza Irrigation District is among the more vulnerable agricultural water users under drought conditions, as their water rights are junior to others in the Yakima (and under Washington State water law, more senior water rights have priority when there’s a water shortage). On May 11, after receiving a forecast from the Bureau of Reclamation that they (and other junior water rights holders) would get only 47% of their water supply this year, the Roza Irrigation District decided to shut down water use for at least two weeks, with the possibility of extending to three. This was done to save water for late August and September, in an attempt to avoid permanent damage to perennial crops such as fruit trees. You can read more about that decision in an article in the Yakima Herald here.