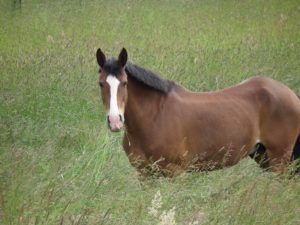 When we investigate the future of agriculture under climate change, we think in terms of scenarios. Generally speaking, a scenario is a collection of assumptions about future conditions and trends. In some climate impact models, scenarios are complex and clearly defined, beginning with storylines that describe how various social, economic and environmental trends may co-occur. Variables can then be defined to represent the storylines quantitatively. In other instances, model projections are made based on a scenario that assumes current and historic trends will continue in the future.

Decision makers, scientists and modelers concerned with future environmental change can draw some useful lessons from the discipline of scenario planning, which has its origins in military and business settings. The process of scenario planning starts with looking for the forces that drive the trends of interest and establishing a picture of the future under “base case” or “business as usual” conditions. Unconventional Shell oil executive Pierre Wack (1922-1992), who pioneered scenario planning in the private sector in the 1970s, said that scenario developers ought to “train themselves to look at the world as horses do”. Horses have a visual field of nearly 350 degrees; they see peripheral objects and motions very clearly, whereas humans would perceive those things as a blur or miss them altogether.

Why should those of us interested in using scenario planning to understand how climate change will impact agriculture learn to see the periphery like horses do? We should train ourselves to look at the system as a whole because new ideas, risks and opportunities for action often emerge from unexpected places. In order to develop useful scenarios describing possible future social/behavioral, economic and environmental changes we need to think deeply about current forces driving system behavior, and where new drivers of change may emerge (e.g.: changes in snowpack, new land use policies, or demand for agricultural products).

The most effective approach to understanding emerging drivers of change and possible system feedback loops is to engage individuals with different perspectives and areas of expertise. By engaging a range of stakeholders, including individuals from industry, government, non-governmental and academic sectors, in an iterative scenario development process various insights can be integrated. The assumptions about biophysical variables, economic conditions and human behavior that are built into scenarios can be negotiated and clarified. Additionally, participatory scenario development enhances the relevance and usability of models for decision-makers. Perhaps as more people learn to adopt a “horse’s eye” view of the future we will improve our ability to plan for and adapt to climate change impacts on Pacific Northwest agricultural and natural systems.

This is part 1 of 5 in a series of posts exploring climate change research and planning projects that utilize scenario development. Upcoming posts will include: