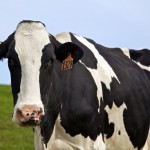 Anaerobic digestion (AD) with methane capture and conversion is the most straight-forward, bankable strategy for reducing agricultural greenhouse gas emissions. In fact, it is the only agricultural carbon mitigation strategy that has achieved wide-spread acceptance in a variety of voluntary and mandatory carbon mitigation policies. In a sense, it is the closest thing to a “silver bullet” carbon mitigation solution that exists in agriculture. However, AD still has limited overall market penetration in US livestock production systems, in large part because of the perception that it is really expensive technology. 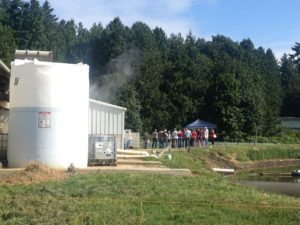 More than a decade ago, when we started working with AD technology, the general sentiment was that AD systems cost too much money and that livestock farms would never adopt them unless the cost was drastically reduced or the revenue generated was drastically increased. But because the technology has that powerful “silver bullet” allure, everyone seems to have their own idea about how to make it more cost-effective. The ideas I’ve heard ranged from “make the digester out of cheaper materials” to “ reduce the processing time so the digester vessel can be smaller” to “get more value for the fiber” to “use the biogas for something [anything!] other than electricity”.

Unfortunately, I can’t say we have the answer to how to make digesters really cheap or the revenues really valuable. However, after 10 years of research looking at virtually every idea, we now have a very convenient resource that helps to characterize the costs and revenues of an AD system. Anaerobic Digester Project and System Modifications: An Economic Analysis is a new WSU Extension Fact Sheet (EM090E) that breaks down a more comprehensive AD project scenario analysis into distinct pieces to help readers understand the economic considerations of an AD project.

The bottom line is that yes, AD systems are really expensive technology. However, for most AD projects, the capital cost of the core AD unit is really a minor concern relative to the capital and operating costs of the biogas utilization aspect of a project. So, finding alternative materials to steel and concrete, or reducing the process time don’t really make a big difference in the profitability of a project. Second, recovering value from the non-energy co-products (e.g. fiber, nutrients, carbon credits) really do matter and can often be the difference between a project that is profitable or not. That indicates that the potential opportunities provided by carbon offset markets (or similar environmental credits) can play a critical role in the development and adoption of digesters. Lastly, doing something, or anything, else with the biogas in regions with low electrical power rates (e.g. US Northwest) can be very compelling, but also add additional costs and hurdles that need to be negotiated carefully.

In the past decade, we really have made good progress in terms of the adoption of digesters in both the Northwest and the US, in spite of a marketplace and policy environment that has not been extraordinarily favorable. In the past couple of years, though, we seem to have hit something of a wall with the development of new projects. It’s not completely clear how or whether we’ll break through this wall and see another round of AD projects installed, but we can clearly put to bed the idea that “AD is too expensive”. The reality is, that like many other investments, the answer to whether AD can be profitable in any given case is “it depends”.